How QR labels are generated with Sage X3

It is requested that from sage x3, there is the possibility of generating labels containing QR codes to identify items through a scanner.

The proposed solution is the following: outsource the functionality so that it is done in a package or bundle programmed in Node JS, a technology that optimizes development times and facilitates work thanks to its wide community and versatility.

The files are included in a directory whose name will be the same as our module, since only one is included. In this example it is “xeax-qr-generator”.

Inside is the “lib” directory, where all the code that is going to be executed on the server side will go.

How 4GL and NodeJS communicate

The way in which 4GL and Node JS communicate is through the "ASYRWEBSER" API, which allows executing the Javascript functions that are published in the modules belonging to the bundles, by configuring the file package.json.

How to configure the “package.json” file

To configure the “package.json” file, a series of mandatory properties must be taken into account, which are:

Note that the sage > x3 > extensions > 4gl-apis >module tree structure must be maintained.

The file where the functions to be executed from 4GL are published is “index._js”, so they must be exported:

Files ending with the _js extension are intended to be processed by the streamline.js library, which is used by Syracuse because of how simple it makes handling asynchronous code. Like HTTP requests or file reading, the generation of QR is not immediate; that's why it works asynchronously.

What the function does is delegate the QR generation functionality to the service called "".

The functionality of the “index” input file has been separated for reasons of optimization of times and comfort at the time of development. By isolating itself, the programmer can read the file from its location and not from the cache.

All Node JS packages are read and stored in memory when the Syracuse server starts up. To perform readings from the file system, it can be forced by deleting the data stored in memory, as can be seen in the "requireUncached" function, which once removed from the cache, and calling the "require" function is forcing the server to to go look for it on the physical route.

This type of reading should be removed from deployments in production environments for performance reasons.

As mentioned before, we are making use of the library of qrcode. This library allows you to configure the way it is generated in a simple way.

In this example, a specific format of the parameters has been created to cover the needs of the development:

The library in question is imported and thanks to the "toBuffer" function we can perform the asynchronous generation of the QR code. To obtain the result, it is important to collect it in a variable and place the function that generates the promise to the right of the equal, followed by “.then(_,_)”, which makes programming in a similar way to synchronous (similar to not so modern async/await). As mentioned before, this is thanks to the streamline.js library.

Once the buffer has been obtained, it is encoded in base64 to be processed by 4GL.

For this example, a script programmed in 4GL has been developed.

First, the parameters to be passed are stored in a variable of type clob in JSON format.

The function is executed EXEC_JS from the api ASYRWEBSER passing the following parameters: 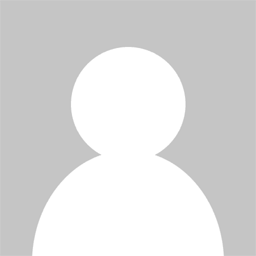 Mario
Full stack web developer. The hunger for learning always offers new challenges, that's when everything makes sense.
All items
PrevPreviousWhen companies need to have a CRM
FollowingTicket BAI in Biscay postponed until January 2024Next

Who is obliged to issue electronic invoices in 2023?

The beginning of a year implies not only new resolutions but also a deep review of the changes that are coming,

You can find out more about which cookies we are using or switch them off in settings.

This website uses cookies so that we can provide you with the best user experience possible. Cookie information is stored in your browser and performs functions such as recognising you when you return to our website and helping our team to understand which sections of the website you find most interesting and useful.

Strictly Necessary Cookie should be enabled at all times so that we can save your preferences for cookie settings.

If you disable this cookie, we will not be able to save your preferences. This means that every time you visit this website you will need to enable or disable cookies again.