In this article we are going to address a topic that lots of companies seem to forget and which is of vital importance for our ERPs health, the software updates..

How to update Sage X3

We all know that from time-to-time sage informs us of their new versions of X3, which incorporate technical and functional upgrades..

At the time of applying the changes that sage X3 gives us, we find ourselves in two situations:

Currently, the last version that we have for SAGE X3 is V12 P27.

We are not going to discuss about how to migrate from an older version to the new one, that would take a whole article to do so, neither are we going to talk about the functional patch update, we are going to be looking at the platform component update, that due to commodity or lack of awareness, are not being done correctly in many installations.

With each update SAGE gives us to types of elements:

In the platform components we find the next elements:

This time we are going to focus in the Elasticsearch and MongoDB components, but first we’ll comment some of the distinctive features from two of the requirements that are the Apache server and the java virtual machine, and that we found out that are not being done the right way.

Since version 9 X3, SAGE recommends the installation of Apache 2.4

Some installations in the version 12 still have installed version 2.2.

Its highly recommended to update to a new version for security reasons.

On January 2019 Oracle announced they decided to change the maintenance terms for all their commercial products that integrate Java 8 JRE/JDK, which is the case of some SAGE X3 components

The Oracle announcement stablishes that clients must pay maintenance fees to obtain new versions from that date on forward.

The open code alternative for java is OpenJDK, with the Zulu distribution (initially the result of a teamwork between Microsoft and Azul Corp). Lots of big companies (in particular IBM, Apple, SAP) are contributing to that project, which gives us a solid evaluation of the durability and evolution of that version.

Until X3 version V12.0.18 (2019R3), SAGE supplied the installer from ElasticSearch that installed and configured the product and connected with X3. Since that X3 version, SAGE suggests the installation of the ElasticSearch 6.4 version, but they do not provide the install file, we have to download it directly from the manufacturer webpage. This version of ElasticSearch allows to correct potential security risks.

During the installation we must configurate the “Network Host” and “Node Name” parameters. Just like we show in the next image.

We found that the X3 V12 patch 21 installation still has the ElasticcSearch2.4 component.

In this components case, SAGE still supplies the MongoDB installer, but we have to be really careful if we are going to update to the last MongoDB V4,2 version (version that SAGE suggest since from X3 V12.0.9), since there has been a change in the base of the data motor that uses this product.

Since this version MongoDB decide to stop using the Base data motor MMAPv1 and started using a new one, Wiredtiger. This decision forces you to do a migration of the data using the consol command “mongodump and mongorestore” before doing the update. Be especially careful if the MongoDB database access is done through digital certification.

For each version of SAGE X3, the minimum Syracuse server version are the next:

With all the components updated the right way, we can install the X3 functional patches with the security that we won’t have incompatibilities with obsolete versions of the platform components.

Warehouse Management System (WMS) is the solution to warehouse management

How to generate QR tags with Sage X3

Problem faced It is requested that, from Sage X3, there is the possibility to generate labels containing QR codes to identify items through a scanner..

Warehouse Management System (WMS) is the solution to warehouse management

How to generate QR tags with Sage X3

Problem faced It is requested that, from Sage X3, there is the possibility to generate labels containing QR codes to identify items through a scanner.. 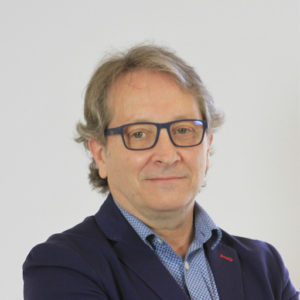