Start » How ERPs have evolved throughout history

How ERPs have evolved throughout history

The enterprise resource planning systems, better known as ERP, have achieved great popularity in recent years, as more and more companies, especially SMEs, join the digital transformation as a key element for their growth. However, the origin of this business management solution is not in the corporate environment, but in the military.

A computer program in the hands of the United States Army

To know the origins of ERP we have to go back in history to the 1950s, specifically after World War II. At that time, the army was the only one that had equipment and computer programs, whose usefulness was the management of administrative, production and logistics tasks. These planning tasks are the precedent of the ERP.

However, it was not until the 1960s that companies were able to access the first computer equipment. These computers came with basic software and depending on the capacity of the company, it could request a custom development. From this period are the first basic applications: BOM (known as bills of materials software) and other more sophisticated applications such as IMC software (inventory management and control). For the first time, companies could begin to automate some process and take greater control of their management. Also in this decade, seeing the growing demand, specialized software development companies that sold these programs began to proliferate, similar to current providers.

The development of these computerized management solutions progressed at a good pace, so that in 1970 the material resource planning system, better known as MRP, began to be marketed. A system that was a great advance for business profitability, but not for all companies, but for large companies, since huge central computers were needed, whose costs were very high, within the reach of few.

This information system represented a breakthrough for companies, as it was able to automate the tasks that are part of the production process (essential for the products to reach the customer in a timely manner): planning the requirement of raw materials used in the manufacture of products , to know exactly when it is necessary to acquire new material and in what quantity; inventory control; task scheduling for production management, among other functions. The MRPs came from the hand of the multinational IMB.

In this same decade, two important ERP providers emerged, specifically SAP (in 1972) and Oracle, five years later. SAP (Systems, Applications and Products) launched its first financial accounting program a year after its incorporation. Its main objective was to create a business management software that works in real time

Decade of the 80: appearance of the MRP-II

The arrival of the 1980s was accompanied by an improvement in MRP systems. In addition to planning the requirements of raw materials, these systems incorporated a great advance: the administration of economic resources (planning of raw material costs, logistics costs, labor and organization), for which they were renamed MRP-II.

It was in 1981 when it was established sage, beginning its activity with the development of an ERP focused on financial payments.

To talk about ERP (Enterprise Resource Planning) as it is currently known, we have to go back to the 90s, at the hands of the consulting firm Gartner. In principle, this business management system was focused on the functions of production, accounting, finance, human resources and project management.

The beginning of the century came with the popularity of ERP, increasingly used by companies. Starting in 2000, Gartner Group expanded its capabilities by incorporating supply chain management (SCM), customer relationship management (CRM), and business intelligence.

2000 is a year that will be marked by the appearance of one of the leading companies in business management software, Microsoft. In that year it acquired Great Plains and two years 2002 Navision, the predecessors of the Microsoft Dynamics ERP.

The present and future of ERP

A significant change came in 2005, with the appearance of software solutions in the cloud (at a lower cost than installation on servers), which meant that smaller companies were able to access this solution, thereby improving their productivity, with the consequent reduction in costs, and easy to implement today with ERP consultants such as Emiral.

Another step in this historical journey has been the arrival of Open Source or open source ERPs, which allow providers to access the code and edit it without the need for a license.

The present and future of ERP is linked to artificial intelligence, machine learning, robotics, virtual reality and augmented reality. These are technologies that will allow the collection of large amounts of data from multiple devices, leave decision-making in the hands of computers based on their learning, and have secure channels for exchanging information, as is the case with blockchains.

Do you want to implement an ERP in your company?
We help you!

In Emiral We know how much your company is worth, whether it is small, medium or large. For this reason, we want to offer you the best ERP management solutions so that your business continues to grow. 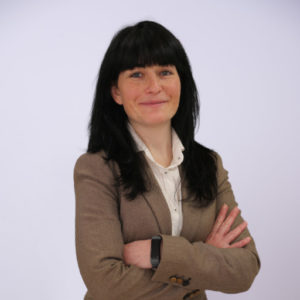 Esmeralda Gomez
Journalist and expert in communication and corporate reputation for more than a decade. I am passionate about building brands from scratch, creating stories and communicating. I always have time for a good conversation and a good book.
All items
PrevPreviousERP integration with transport and logistics companies
FollowingWomen's Day: a meeting between women consultantsNext

Who is obliged to issue electronic invoices in 2023?

The beginning of a year implies not only new resolutions but also a deep review of the changes that are coming,

You can find out more about which cookies we are using or switch them off in settings.

This website uses cookies so that we can provide you with the best user experience possible. Cookie information is stored in your browser and performs functions such as recognising you when you return to our website and helping our team to understand which sections of the website you find most interesting and useful.

Strictly Necessary Cookie should be enabled at all times so that we can save your preferences for cookie settings.

If you disable this cookie, we will not be able to save your preferences. This means that every time you visit this website you will need to enable or disable cookies again.